Our mission at Owler is to deliver an amazing product that delights members of our active business community. We’re laser focused on building innovations that enable business professionals to outsmart their competition, gain competitive insights, and uncover the latest industry news and alerts. Accomplishing that goal isn’t an easy feat.

Early on, when we were first building and testing our product, we followed a waterfall model where members of our team would interview users, do research, ideate with our design team, and then put together extensive Product Requirement Documents (PRDs). From there we would hand-off the PRDs to our engineering team to then build the new functionality. We released new features every month, and one to three months later we’d have a large launch to push out something that we hoped would meet customer needs.

This sometimes worked, but all-too-often it did not. The challenge in the early days of building a product is that until you have a foundation and know what works for the use cases you are trying to accomplish, these big launches can fall flat on their faces. Sometimes everything works and you are proven right, but other times we watched metrics barely move as our early hypotheses from more than a month prior were disproven.

Today at Owler we are on a path to reach 1 Million Active Users by year end and are growing faster than ever. This has been made possible by constantly releasing new features and enhancements to existing features. Thus making the platform even more delightful and valuable to the Owler Community.

So how did we get here? What changed? What allows us to learn faster than ever, and spend almost all of our time and effort on innovations that will be widely adopted by members of the Owler community?

The key for us has been a transition to an organization that uses Agile methodologies and specifically scrum. We now release weekly, with plans to move to an even faster cadence. This enables us to quickly learn and react to what works and what doesn’t. Using that knowledge we can ensure we are investing in proven areas. It is an axiom at Owler that you can never guarantee a feature will be a breakout success, but you can guarantee that by testing early and often with users that the feature will be valuable.

To make this work, each of our teams has a Scrum Master, Product Owner and a full team of developers with complementary skillsets. Each day the full team has a Google Hangout-based scrum where they discuss any blockers or issues that have arisen and ensure that everyone is on the same page. Throughout the week, developers and Product Owners collaborate to merge the technical possibilities, user metrics, and research into new, innovative improvements and features to be built in the future. These improvements and features are groomed throughout the week in preparation for the weekly Sprint Planning meeting where the team decides what to build for the next sprint. Clear, timely communication is crucial and all along the way the team is in constant contact on an ad-hoc basis through Slack to ensure that seamless communication.

Today we learn more each week than we used to in a month. And, the rate in which members of the Owler community are contributing data further validates this increased pace. We still aim to constantly improve and get even better, but the move to Agile has been an unequivocal success for us at Owler! 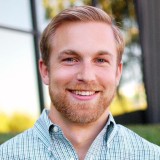