Election Insights: Powering Opposition Research With the Democracy of the Crowd

Today, we’re a long away from that election in which Washington ran essentially unopposed. There were no political parties then (What a relief!), and less than 45,000 citizens voted – barely 1.3% of the population.

In 1860, a whopping 81% voter turnout saw 4.68 million Americans vote to elect Honest Abe. And In 2012 almost 55% of voting age Americans, some 129 million people headed to the polls and voted to elect President Obama to his second term – so you could say times have changed a little bit.

The Power of Democracy in Data

What has stayed the same over the centuries, is the power behind opinions and informed decisions. Everyone has a different perspective on things and everyone’s perspective matters, but when handling business information, just like with the electoral pool, the power is in the numbers. So how does this work on Owler?

Owler is a crowdsourced competitive intelligence platform that works a lot like Wikipedia. We have over 15 Million company profiles that anyone can contribute to. No one ‘owns’ a company profile – it is all open. Owler community members contribute competitive insights, such as private company revenue estimates and voice their opinion on things like CEO ratings for companies they follow.

There is power in numbers, once a business community gathers a large enough crowd, A network of people begins to form, and the group will start to mine within its ranks for insights and wisdom.

Capitalize on unique insights available on Owler. The data and insights found on Owler come directly from people that are “in the know” which includes an internal view from employees, along with an external view from competitors, customers, prospects, and vendors.

But how is this ‘democratic data’ harvested? How are these insights collected?

‘The Electoral College’ – What’s behind the vote at Owler?

When  a user contributes to Owler, they are prompted to do so again – and again, pulling more and more useful insights. Owler asks questions a user is likely to know about; It’s fun, it’s easy, and it’s addictive. A contributor working in fashion, and following Modcloth – isn’t likely to get asked if Sony is a Competitor of Samsung – but they may get asked if Zara is competing with Topman.

Owler users contribute information through Opinion Polls (like what’s shown above). Just like candidates on the campaign trail, business professionals have to learn about the opposition– they have to be studious and diligent. When conducting competitive intelligence research, users can leverage the pool of contributors as ‘opposition researchers’.

Campaign lessons – The strength of opposition research in business

Opposition research, or ‘Oppo’, is one of the most important parts of any election campaign. Typically, oppo starts four years before the first presidential vote is cast on Election Day, and in some cases, it  begins decades before the public weighs in. Once a party knows which candidates are likely to run on the other side, the data mining and research polling begins.

Following the news, we can tell one thing for sure – opposition research is being used in this election! The research machines have cranked into gear at US party headquarters and into the spotlight, spending millions of dollars as November 8th approaches.

Legions of opposition researchers are employed to comb through this information.  A well-prepared campaign has more information than they can often use, just like your business should.

Today’s business professionals have more public data available to them about their industries and competitors than ever before. But how do they sift through the noise, to identify the important nuggets of information? Most people don’t have an abundance of time to dedicate to competitive research, so they need a platform to provide them with dependable data–and more importantly, current data, fast.

Lesson: Do oppo on yourself

Just as campaign teams should do everything within their power to prevent getting sideswiped by candidate’s scandals, you should take the same precautions to preclude getting blindsided by your competition.

Think of your company as the campaign. For publicists and PR professionals this might sound familiar – each day you’re faced with the challenge of managing the reputation of your candidate (company). As such, you need to be aware of all the skeletons in your metaphorical closet before your opposition learns about them. Due diligence is a critical component of a political campaign: it’ll help you mitigate the impact once your competition digs up the goods, and failing to do it can be fatal to your business.

The power of democratic data is limited only to the imagination, and it’s not just sales and marketing professionals that rely on powerful crowdsourced competitive intelligence. Over 800,000 business professionals including CEOs, investors, product managers,  business journalists, students, job seekers and recruiters rely on Owler for the insight they need to outsmart their competition everyday. 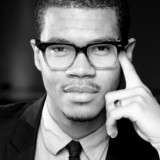