You’ve probably heard that Uber’s been going through a rough patch. And that’s putting it gently.

2017 started out on a low note for the car-hailing behemoth, with ex-employee Susan Fowler’s February blog post detailing instances of sexual harassment, mistreatment, and misconduct at Uber HQ. Later that month, CEO Travis Kalanick was caught on camera as he argued with a driver regarding the company’s pricing model. The same week, news broke that Google’s Waymo brought a lawsuit against Uber, accusing it of stealing intellectual property. To top it all off, the transportation tech trailblazer also flouted Apple’s privacy guidelines, experienced a series of high-level employee resignations and dismissals, and undermined a New York City taxi driver strike.

While Uber attempted to right the ship last February with the onboarding of Diversity Officer Bernard Coleman III, it turned out to be too little, too late. In June, these controversies culminated in the ousting of Kalanick, and we’ve witnessed a very public search for a new leader to reorient the company.

At this point, Uber has been sans CEO for nearly two full months. And while they may be working to pioneer driver-less vehicles, there’s no such thing as an autonomous company.

So who will be the new person to steer Uber in the right direction?

Tech news has been abuzz with speculation about the hunt for Uber’s new helmsman. Or more specifically, helmswoman. The logic being that a woman in Uber’s top spot would reaffirm the San Francisco-based company’s commitment to inclusivity. The New York Times, Recode, CNBC, and Fortune are just a few of the dozens of publications that reported on that matter.

As the world’s largest community-based business insights platform, we’ve gathered nearly half a million competitive insights this year on CEO favorability from the over 1 million business professionals in our online community. In June, we analyzed top-rated CEOs in our National CEO Likeability Study, as well as the discrepancies between male and female leaders in Breaking the Glass Ceiling: How Does the Owler Community Perceive Women in Power?.

Today, we’re zooming in on the current approval ratings of the women at the center of Uber’s CEO search. Additionally, we’ve compiled a list of the top 11 most favored females at public companies, based on ratings by the Owler Community.

Here are the women who should lead Uber, as heavily discussed by the press.

Barra is in the third year of her tenure as the CEO and Chair(wo)man of Detroit-based automobile producer, General Motors Company. Early on, she faced a major recall crisis, and has been widely praised for how she navigated the the unspeakably difficult situation. In 2016, she topped the list of Fortune’s Most Powerful Women for two years in a row. According to the Owler Community, Barra is a leading choice, coming in at 80.9 points.

Wojcicki is a Google veteran who knows the business inside-out. She spearheaded many of the Google features that billions know and love, including Google Doodles and Images. She was instrumental in Google’s $1.65 billion purchase of YouTube in 2006 (it’s now worth an estimated $75 billion), and has served as the company’s CEO since 2014. Plus, as a mother who famously balances her family with her high-power position, Wojcicki has been a strong advocate for paid maternity leave. Yet despite her resume and rockstar reputation, Wojcicki scores a standard 74.4 points.

Whitman is certainly no stranger to the chief executive position. Currently, she serves as CEO at HPE, and ran eBay from 1998 until 2008. During that time, she grew the marketplace from a $4 million dollar company to an $8 million dollar corporation. However, with a 62.9-point rating, it seems that the Owler Community doesn’t deem her to be the best fit for Uber, based on her likeability.

Mayer, an early Googler, moved on to her position as the CEO of internet innovator Yahoo in 2012, well past its heyday. She stumbled through her five years leading the company, overseeing the recent, large-scale security breach and helping to sell what was left of the company to Verizon for $4.48 billion—one-tenth of what Microsoft offered in 2008. She’s resigned from her role after handing the Verizon acquisition in June, handing the reigns over to Thomas J. McInerny. While Mayer was widely suggested as a leading CEO candidate, it’s worth noting that she came in second to last in the rankings from our CEO Likeability Study — only ahead of United’s Oscar Munoz — with a rating of 32.8 points.

In May, we published Breaking the Glass Ceiling: How Does the Owler Community Perceive Women in Power?, which analyzed CEO ratings on over 3,700 companies — finding that women accounted for only 5.6 percent of the CEOs on Owler. The study also compared the ratings of female leaders to those of their male counterparts, ultimately determining that on average, the Owler Community rates women more harshly — 26 percent of men scored higher than 80 points, compared to only 17 percent of women.

Of all the women leading public companies, we’ve generated a list of the 11 highest-rated female leaders according to the Owler Community. This comprehensive list includes all women chief executives with over 100 ratings and a score of 70 points or higher.

Topping the list was Mattel’s Margaret H. Georgiadis, who has been with the toy company since January 2017. Georgiadis is a seasoned executive, with over 30 years of experience spanning across various roles and industries. In her life before Mattel, Georgiadis held executive positions at Google, Groupon, and McDonald’s, just to name a few.

Of course, not every woman (or person, for that matter) would be an improvement over Kalanick. While Kalanick’s personal actions and reputation undoubtedly harmed the company, there could always be someone worse — like Martin Shkreli, formerly of Turing Pharmaceuticals, or Heather Bresh of Mylan (whose approval rating from the Owler Community stands at 30 points). CEO perception affects a company’s performance, no matter their gender. 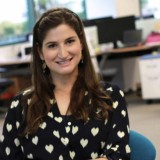